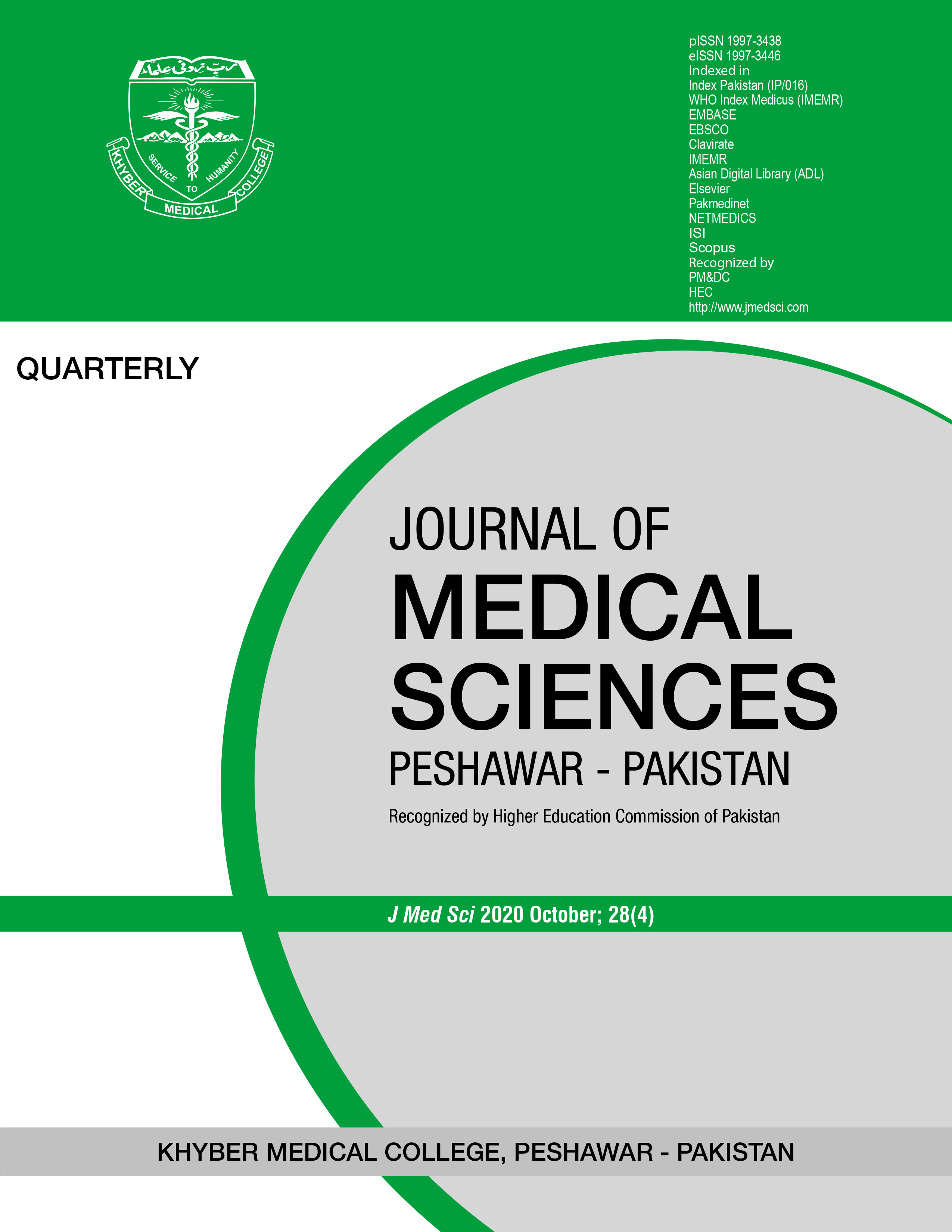 1.To determine the pattern of resistance of salmonella Typhi strains to multiple antibiotics in Islamabad and adjoining areas.

2.Suggestions regarding the regular upgradation of antibiogram according to the most susceptible strains.

Cross sectional study conducted for duration of one year ,recruited those patients whose blood cultures were found positive for Salmonella Typhi at Islamabad Diagnostic Center. We analyzed 100 samples and Positive culture were then assessed for sensitivity by using various antibiotics and pattern of resistance was analyzed.

Majority of positive patients were male and children. Sensitivity to the conventional antibiotics was found to be more in children. In all the positive isolates, 89% were sensitive to the first line treatment options.Among them, 96.6%were showing sensitivity to third generation cephalosporin. However, a few cases were having extensively drug resistant patterns (XDR).

Despite the fact that extensively drug resistantstrains are emerging and indicating an alarming situation,its found out that more than 80% of patients are responding to the conventional therapy,making it a dire need for upgradation of antibiograms, so that the side effects of second line and advanced antibiotic can be avoided, mostly in paediatric population.