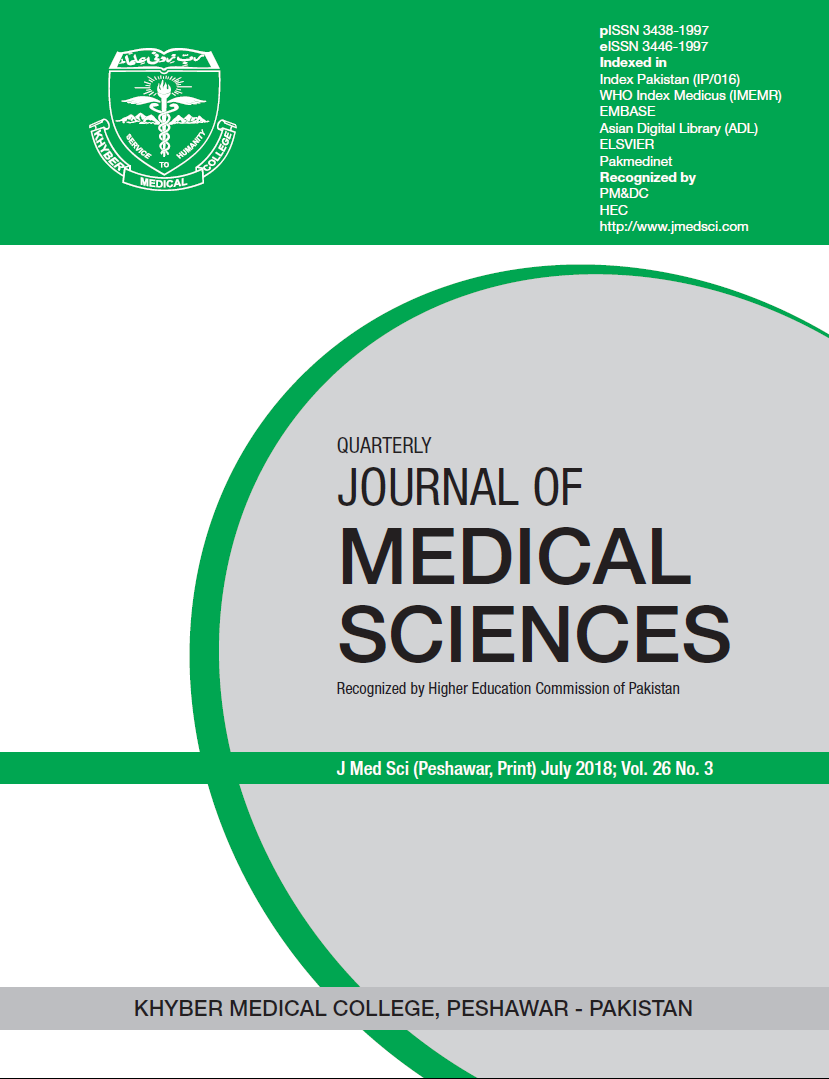 Objectives: To assess the examiners’ level of fatigue and ability to concentrate over the course of OSCE.
Material and methods: This observational study was conducted on six examiners who were involved in a direct
encounter with final year medical students of Khyber Medical College, Pakistan. The examiners rated their fatigability
and decline in concentration on a scale of 1-10, at the end of each day of the seven days’ long OSCE conducted in
the year 2017. A score of 1 meant a minimum degree of fatigue or decline in concentration and vice versa. The data
was analyzed using SPSS version 16.
Results: The results showed statistically significant increase in mean fatigability level over time, F (6) = 25.76, P <0.001,
Eta squared=0.82. Similarly, there was a statistically significant decline in concentration amongst examiners with the
passage of time, F (6) = 7.67, P <0.001, Eta squared= 0.57.
Conclusion: Examiners have a tendency to get tired over time in a long OSCE leading to a decline in their ability to
concentrate.