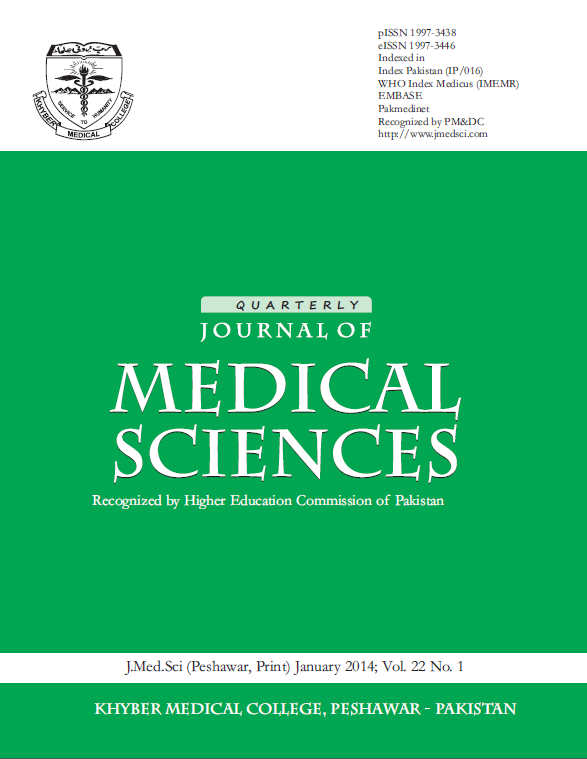 Objective: To find the frequency and factors associated with occupational injuries among coal miners.
Material & Methods: This cross-sectional study was conducted among coal miners of Cherat, District Nowshera, Khyber Pakhtunkhwa, Pakistan, between September 2012 and March 2013. A sample size of 400 was selected based on 95% confidence interval, 50% prevalence and with P < 0.05. The non-probability cluster sampling technique was used in which the study area was divided into four clusters and then from each cluster 40% coal miners were selected based on simple random technique. There are approximately 80-90 Cherat coal mines in which around 1000 of coal miners are working. Coal miners of age range 20-60 years with more than one year of coal mining job were included while those who had less duration and had age either less than 20 or more than 60 years were excluded from the study. Field visits were conducted to collect relevant data from the study areas. The structured pretested questionnaire was used to collect data like age, duration of coal mining job, job satisfaction, smoking history: and then those coal miners who have history of mine injuries were evaluated for various risk factors.
Results: Our study results showed that 45.25% (n=181) had history of previous injuries. Among those coal miners who gave history of injuries, 81.77% (n=148) were due to lack of training, 85.08% (n=154) to health education, 63.54% (n=115) to early years of coal mining job, 65.74% (n=119) to less than 30 years miner age, 70.17% (n=127) to
unsatisfied with coal mining job, 71.27% (n=129) for not using personnel protective measures and 78.45% (n=142) of injuries were related to smoking among coal miners.
Conclusion: The prevalence of occupational injuries among coal miners were high and had strong relationship with age, job duration, smoking, training, knowledge & with compliance of personnel protective devices.