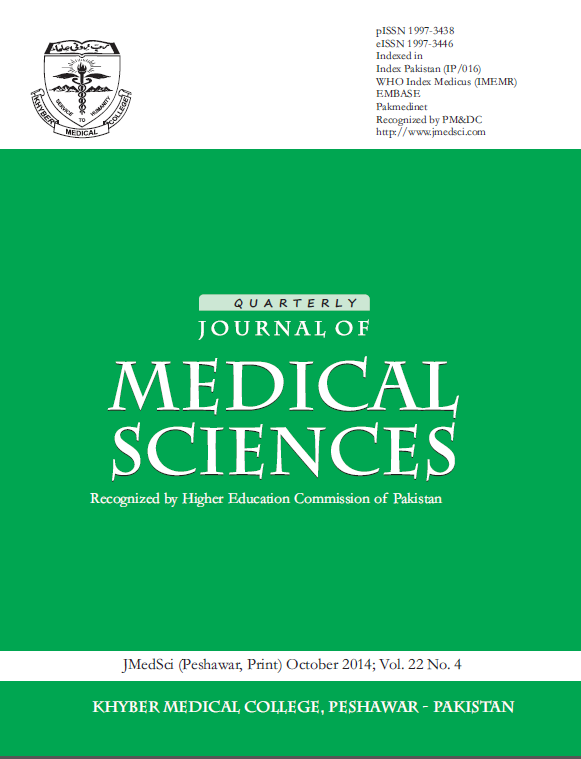 Objective: To evaluate the symptoms, mechanism and types of injuries to the ear in bomb blast and its effects on hearing and balance.
Material & Methods: A total of 30 patients were included in the study. These patients presented to the Accident and Emergency Department at Hayatabad Medical Complex, Lady Reading Hospital, Peshawar and Khyber Teaching Hospital, Peshawar following three separate bomb explosions on crowded bazaars in Peshawar. The patients were referred to ENT for having ear symptoms due to bomb blast. The victims who presented to ENT within 24 hours, of either sex or any age, having otological symptoms were included in the study. All patients underwent a thorough otological history and examination, including tuning fork tests. Audiometry was advised for all the patients and, where appropriate, microscopic suction clearance was performed. Victims having history of ear pathology in the past were excluded from the study.
Results: Majority of the patients were males and majority were in their forties and fifties. The presenting otological features were hearing loss or tinnitus. None of the patients had vestibular symptoms or complaint of earache. Examination
of the tympanic membrane in these patients showed perforations in only 11 cases and the rest had normal looking drum. Majority of the patients were treated conservatively. Surgical treatment was offered to three patients in whom one refused and the other two underwent myringoplasty. The patients were followed up as out-patients in the Otolaryngology Department for a period of minimum six months. Two patients dropped out after initial assessment. The symptoms resolved completely within 48h in three patients, and within 4 weeks in 17 others, but in seven patients symptoms remained persistent even after passage of six months.
Conclusion: Although the ear is extremely sensitive to the effects of blast, spontaneous recovery from acquired sensorineural
hearing loss, tinnitus and tympanic membrane perforations can be expected in the majority of cases.