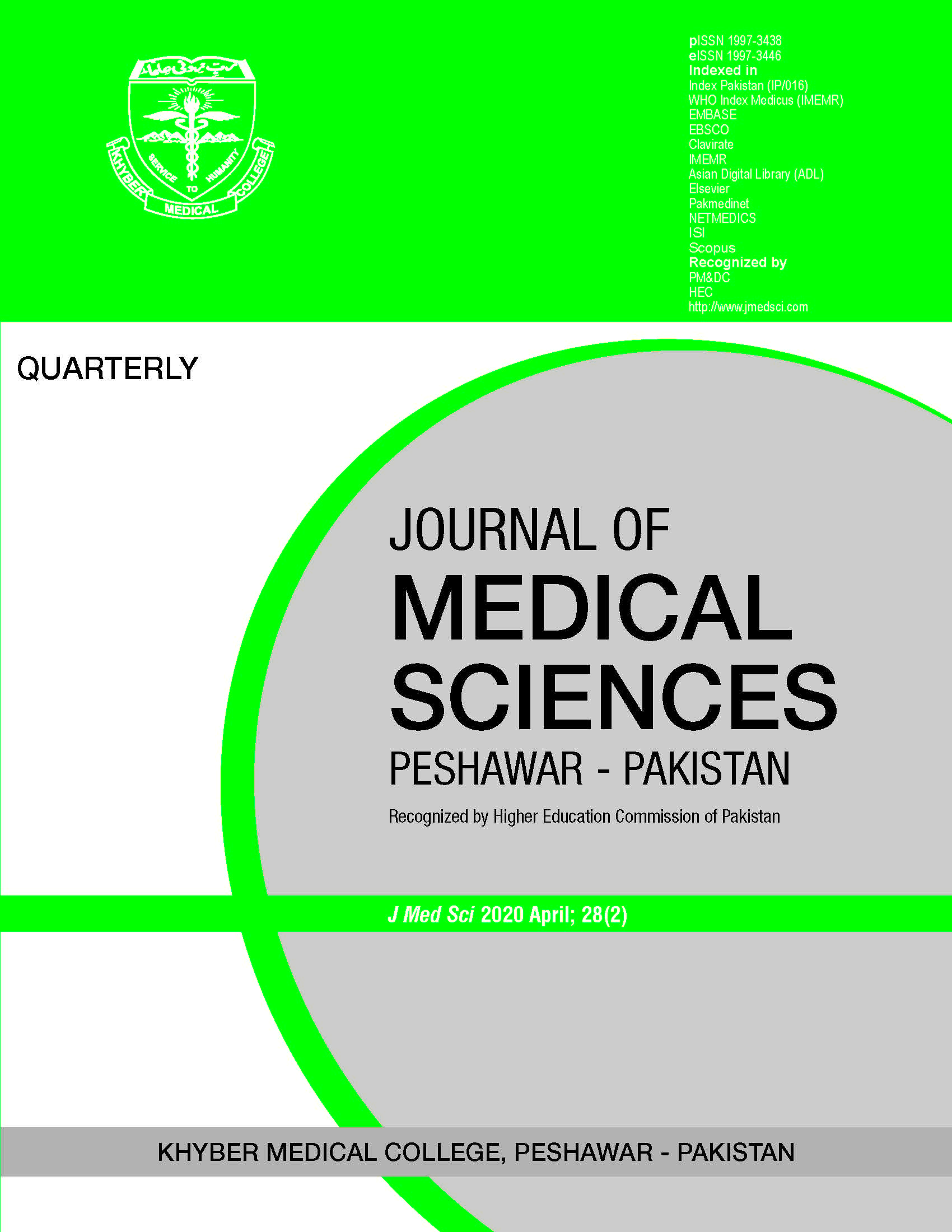 Peshawar is the capital city of Khyber Pakhtunkhwa (KPK) Province of Pakistan, with a population of
over 2 million1
. Despite the large population, Peshawar
remained relatively unaffected by the COVID-19 outbreak
in Pakistan with the first confirmed case on 26th February 20202
. However, now the city is reporting many cases of coronavirus and as of today (10th May 2020), the
number of confirmed cases reached one thousand eight
hundred and ten. There have been one hundred and forty-one casualties which are the highest number reported
within the province (https://twitter.com/HealthKPGovt/
status/1259132782569230337). The number of cases is
expected to rise and with the limited testing capacity, residents are now harboring feelings of immense stress and
fear that the cases reported may be far less than actual
numbers

How to Cite
AfridiW., & HussainT. (2020). PESHAWAR CITY IN PAKISTAN: A POTENTIAL HOTSPOT FOR COVID-19 OUTBREAK DUE TO INFLOW OF TRAVELLERS. Journal Of Medical Sciences, 28(2), 189-190. Retrieved from https://jmedsci.com/index.php/Jmedsci/article/view/1009
Issue
Vol 28 No 2 (2020): Journal of Medical Sciences
Section
Articles